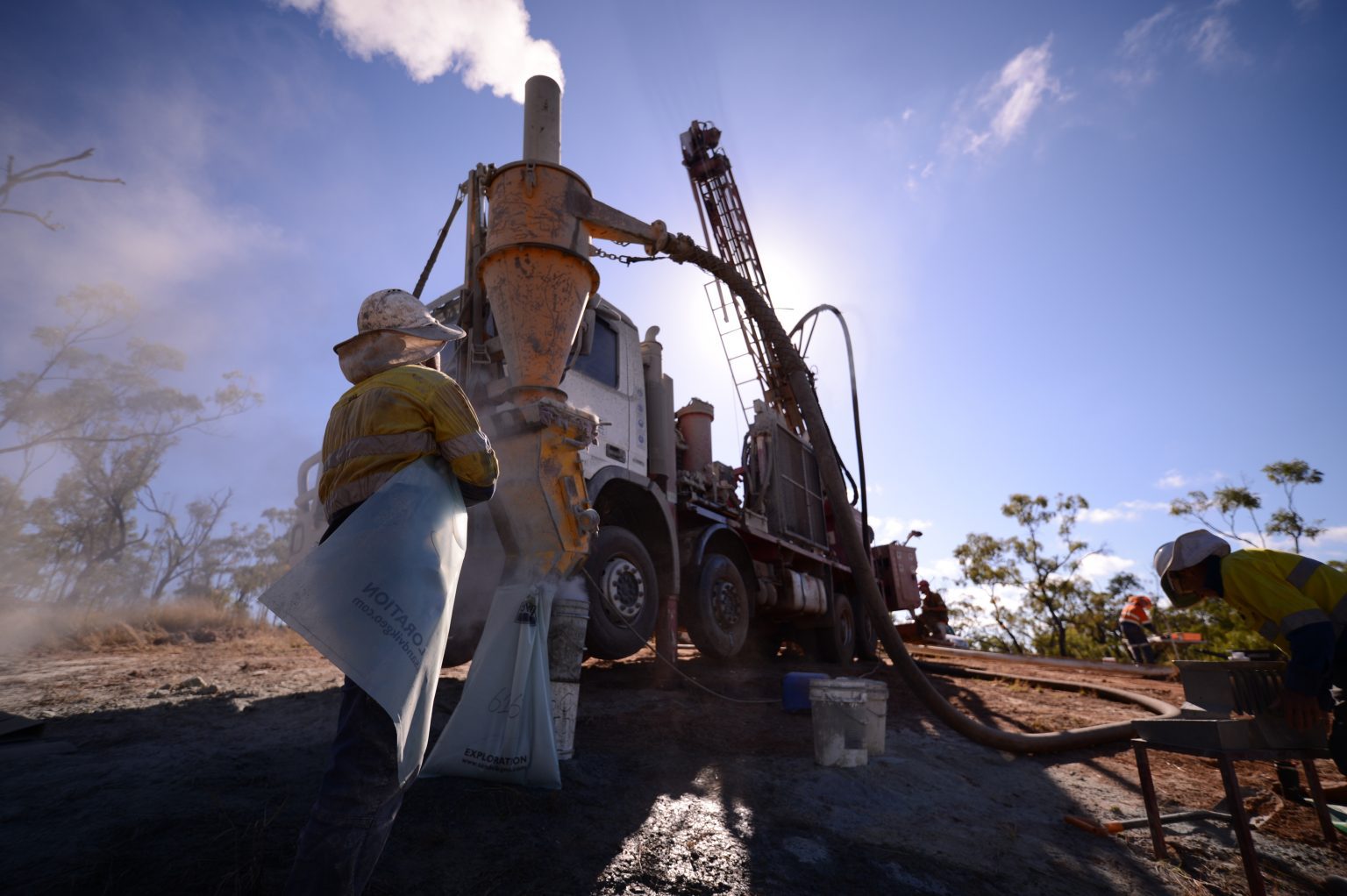 As a result of observations from the first two diamond drill holes, the Company revised its drilling program and is currently drilling a third “scissor” hole, drilling from southwest to northeast in the opposite direction of the first two holes. Although targeting of the potential porphyry intrusions is yet to be undertaken, the third hole is testing areas to the west of the chargeability anomaly for porphyry-related mineralisation, alteration and porphyry vectors.

The hole is also designed to more effectively target high grade copper-mineralised veins that are predominantly aligned sub-parallel to the first two holes, including a hole drilled during 2018, which returned 292m of 0.22% Cu, including 18.7m @ 1.12% Cu (SBTRD006). The third hole is currently at 260m (down-hole).

Core recovered from the third hole exhibits significantly more intense alteration, veining and mineralisation than observed over the upper sections of the first two holes. Notably, veins of quartz-chalcopyrite-molybdenite which resemble Type-B porphyry veins have been intersected. Porphyry Type-B veins are indicative of a nearby porphyry system.

A porphyry system at Bottletree would likely be located at deeper levels and to the west of the chargeability anomaly. This location is also coincident with the large and intense 1.5km x 1km copper and gold soil anomaly, a large oval potential intrusion centre interpreted from airborne magnetic survey data and a partly coincident oval feature on satellite imagery.

Assay results are yet to be received from the three holes.

Superior’s Managing Director, Peter Hwang commented: “We are very excited with the developments unfolding at Bottletree, which are particularly significant as no more than three meaningful holes have previously been drilled at the prospect.

“The IP chargeability anomaly is no longer the “main event”, but rather just an outer zone of mineralisation related to a much larger potential porphyry copper-gold system. Although the presence of a large porphyry system has long been suspected to be the cause of the enormous soil copper anomaly that defined Bottletree, we became more convinced as the shape of the program changed and as the third hole progressed.

“Bottletree is now the second prospect within the Greenvale Project to exhibit strong evidence for a large porphyry copper-gold system, the other being Cockie Creek.

“Porphyry copper deposits are typically dominated by large envelopes of low-grade disseminated sulphide mineralisation, but due to their size-potential, they are by far the largest deposits of copper, large enough to have defined the category of “Supergiant Deposits”.

“Bottletree represents the first of several opportunities to discover and develop large copper and nickel- copper-PGE deposits within the richly endowed mineralised belts secured by the Company’s Greenvale tenements.

“Consistent with our philosophy of not only discovering Tier 1 deposits, but also of retaining maximum value through to the mining stage, we are implementing a development strategy at Greenvale that will align with the evolving future commodities booms.

“We are expediting new exploration programs at Bottletree that include soil geochemistry surveys, geophysical surveys and drilling. In addition, we are also progressing our other Greenvale copper prospects, including Cockie Creek, where we are targeting a maiden JORC 2012 Mineral Resource Estimate for release by year-end.”