Steam Engine is a high-grade gold lode and ore shoot system, with mineralisation open at depth and along strike. A Feasibility Study is underway for the project located 210 km west of Townsville.

During 2020, the Steam Engine Gold Deposit’s Mineral Resource Estimate was upgraded by 11% prior to the commencement of 2020 drilling programs. The revision of the Mineral Resource resulted in a JORC (2012) Indicated and Inferred Mineral Resource of 1.27 million tonnes at 2.3 g/t gold (0.5 g/t cut-off).

In March 2021, Superior announced a revised Mineral Resource estimate incorporating results from the 2020 drilling programs, which were completed by December 2020. 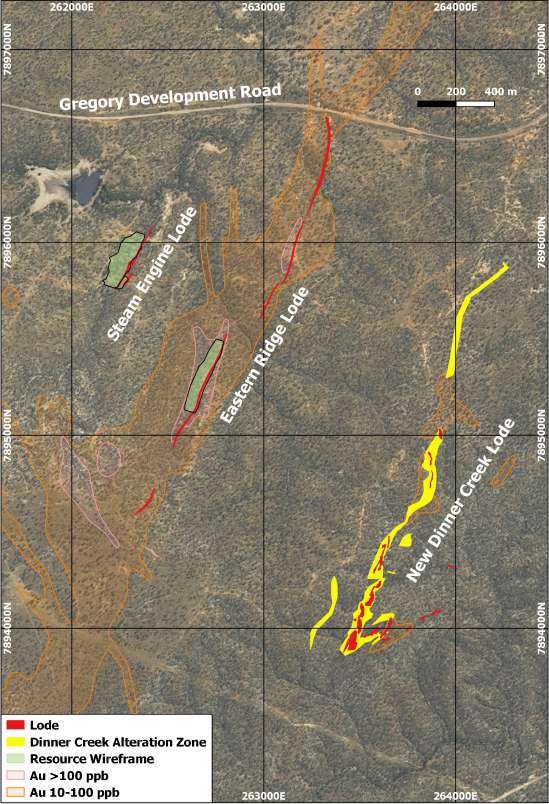 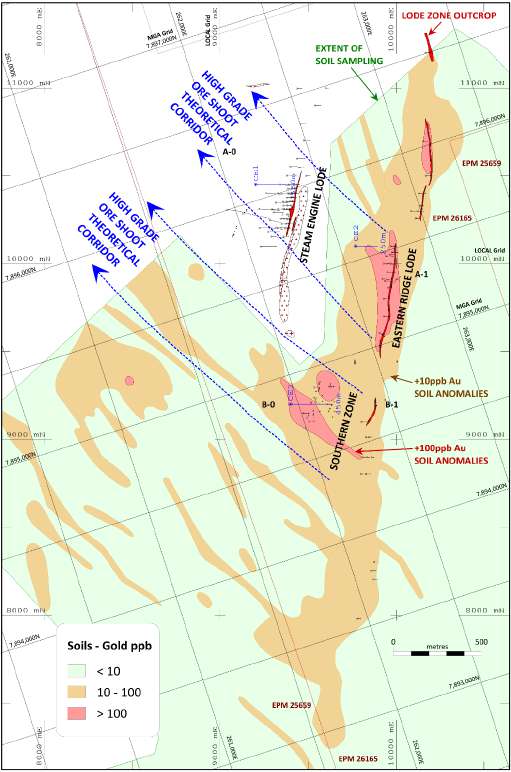 Results from the 2020 Stage 1 and Stage 2 drilling programs identified at least two high grade ore shoot systems carrying up to bonanza grade gold mineralisation of 184 g/t gold. These high grade ore shoots are highly significant for their potential to substantially increase the total ounces and the overall project economics. Exploration in 2021 will target down-dip and where appropriate, lateral extensions to the high grade ore shoots.

At a larger scale, the Company also recognises the potential for the existence of an extensive high-grade ore shoot system developed at depth and related to the mineralised lode structures that are observed at surface. The currently identified near-surface mineralisation is significant and is an indication of a potentially substantial and extensively developed ore shoot system at depth. The Company is assessing the potential to apply a range of geophysical methods for the purpose of identifying larger zones of mineralisation for follow up with drill testing.

Soil geochemistry – evidence of a greater area of mineralisation

The Mineral Resource, as it currently stands, has been developed to shallow depths over only 30 percent of the 2.5 kilometre strike length of the historically mapped outcropping gold lodes (2.5km strike length does not include Dinner Creek Lode). Soil geochemical surveys over the project area and nearby surrounds indicate a significantly greater area of potential sub-surface gold mineralisation. Further programs of exploratory drilling to extend the mineralisation envelope will continue during 2021.

Reconnaissance rock chip sampling of a 1.2 kilometre-length gossanous alteration zone located 900m east of the Eastern Ridge Lode returned up to 7.6 g/t gold. This zone of alteration parallels the Steam Engine and Eastern Ridge lodes and may represent a new, third gold lode zone. This lode zone is referred to as the Dinner Creek Lode. Recent geological mapping of the Dinner Creek Lode confirmed that the alteration zone shows alteration characteristics that resemble the Steam Engine Lode mineralisation and has a strike length of at least 2 kilometres.

In January 2021, Superior announced the first batch of assays from Stage 2 drilling, including some spectacular results of up to 184 g/t Au (see ASX announcement 18 January 2021). The very high-grade results are interpreted to lie within one of at least two very high grade ore shoots. These high-grade ore shoots have the potential to significantly upgrade the Resource. Part of the 2021 drilling campaign will target the extensions to these ore shoots and also explore for additional high-grade shoots.